Sign InSign Up
Genesis
Choose a Model
Choose a Year 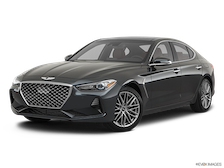 Genesis G70 Reviews
2020 Starting MSRP:
$35,450
The Genesis brand is a newcomer to the luxury-car segment, but it’s quickly established itself as a top choice for shoppers seeking transportation that provides both premium quality and outstanding… More
Find Used Genesis G70 For Sale
(180 listings) 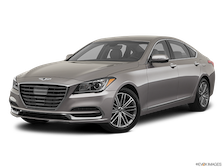 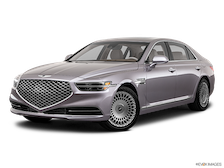 The Genesis brand is a luxury marque, launched by Hyundai in 2016 when the automaker separated its premium models from its mainstream products. At launch, two of the three existing Hyundai models made the transition and one model was canceled.

The origin of the Genesis brand can be traced to a concept model presented at the New York International Auto Show in April 2007. Dubbed the Genesis Concept, this large luxury sedan offered amenities not previously found in a Hyundai model or at least not one destined for the North American market.

These features included a V8 engine and a ZF-supplied six-speed automatic transmission. Push-button start, GPS navigation, Bluetooth hands-free calling and a backup camera were showcased in the concept model.

Coinciding with the concept’s debut, Hyundai announced the Genesis sedan would go into production and be marketed under the Hyundai umbrella. The decision was made despite calls by industry analysts for a separate brand to market the luxury sedan, especially as Hyundai said the new model would compete against models such as the BMW 5 Series, Cadillac CTS and Lexus GS.

Two years after the Genesis sedan was released, a second upscale model made its debut, the Genesis Coupe. Unrelated to the sedan, this sports car offered V6 and turbo-four engine choices. The Genesis Coupe is often compared with mainstream sports cars such as the Chevrolet Camaro, Nissan 370Z and Ford Mustang.

In 2011, an even larger sedan known as the Hyundai Equus was released. Where the Genesis sedan offered V6 and V8 engine choices, the Equus was powered exclusively by a V8 engine. In the Equus, Hyundai targeted such models as the BMW 7 Series, Lexus LS and Mercedes-Benz S-Class. Like the other two models, the cost of the high-end Hyundai models was considerably lower than the competition.

Together, these three models helped changed the face of Hyundai, which was now composed of mainstream and premium vehicles alike. For 2015, Hyundai released a second-generation Genesis sedan, which was by far the best-selling model among the three.

In November 2015, Hyundai announced that it would launch a new premium automotive brand, Genesis, with its first model debuting almost immediately. Two Hyundai models, the Equus and Genesis sedans, would be renamed the G90 and G80, respectively for 2017. The G90 is an all-new model, while the G80 is based on the second-generation Hyundai Genesis.

Hyundai also announced that the Genesis brand would aim for six luxury models by 2020, including at least one SUV. Not making the cut was the Genesis Coupe, which was dropped following the 2016 model year. Genesis later stated a new model was in the planning stages and would represent one of the six planned models for the emerging brand.